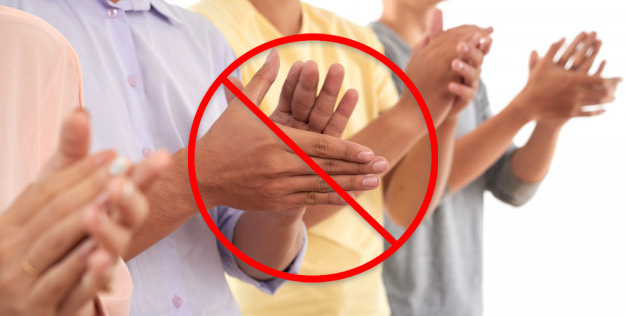 The Sound of No Hands Clapping?

‘Neurodiversity’ and political correctness: A bridge too far.

One readily noticeable pathognomonic trait of autism is hand-flapping—a stereotyped motor movement that can look a bit like an attempt to accelerating the drying of nail polish. Not all with autism do this—mostly the youngest children do—but when you see it, it looks notably odd. Now, picture an auditorium of 500 autism scientists at the meetings of the International Society for Autism Research (INSAR) in Rotterdam, the Netherlands a couple weeks ago all flapping in unison.  Was it some sort of T-group exercise?

No, it was not. Representatives of the high-functioning autism spectrum disorder (HFA-ASD) community convinced the conference’s organizing committee to ask attendees not to clap, but flap in place of the polite applause that typically follows each oral presentation. The rationale was that some adults with HFA-ASD who might be attending might have auditory hypersensitivity, and the sound of so much clapping might be quite aversive.

What’s wrong with this picture? For starters, adults with high-enough functioning autism who attend INSAR are a tiny proportion of all INSAR attendees each year. Among them, not all would have auditory hypersensitivity, and among those who do, loud clapping might not be the kind of loud noise found to be aversive. But, among those few with HFA-ASD in attendance and with hypersensitive to clapping, most will have already adapted to their challenge by carrying earplugs or noise-canceling headphones or simply covering their ears during applause. Nevertheless, in session, after session attended by 100, 200, or 300 scientists who were not autistic, and not auditorily hypersensitive, almost everyone complied with the request of the conference organizers and flapped rather than clapped. The large group flapping was a sight to be seen: Attendees had been shown how to wave their fingers and twist their wrists with hands up to each side of their faces—instead of clapping. I have seen some people with autism who actually flap just this way. 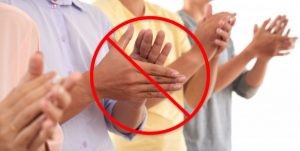 Should we all be flapping instead of clapping? How should we be accommodating “neurodiverse” individuals like these HFA-ASD fellow conference attendees? “Neurodiversity” as a friend, colleague, and adult with high functioning autism, John Elder Robison, has written in Psychology Today (Oct. 7, 2013) “is the idea that neurological differences like autism… are the result of normal, natural variation in the human genome.” He continues, “Acceptance of neurodiversity certainly does not include passive acceptance…”  I agree. The neurodiverse are to be acknowledged for what they can do, and given support for what they can’t do (like providing headphones or earplugs), but it is a bridge too far to ask 99% of those at INSAR to flap and not clap as an accommodation to the perhaps .1% in attendance who might be adverse to the sound of clapping.

We are all, to some extent, neurodiverse, and I hope can agree that individuals with extreme variants that confer maladaptation should be accommodated—but our method for accommodation is inside out when we all flap so a very few don’t have to worry about clapping. This is political correctness run aground. Ethically, it is like bankrupting small businesses by requiring long, low-grade wheelchair ramps rather than just helping the one or two customers per week in a wheelchair to come through the door.